How this agency got started… 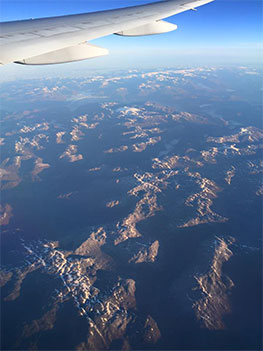 So, I went on a serving trip to India with a group of new friends from Discovery Church Orlando. On the first day of the trip, during a layover in Dubai, I received an email from a friend at my previous company. He was letting me know that the company I was working for (at the time) had just sent out a voluntary separation offer. I had been with the company since 1997, and had been expecting to be let go at any time because of the changes in the newspaper industry. Although the workload of my team had been slowing down considerably over the past couple of months, I was still surprised by the reality of the email. I wrestled with my impending choice for the first day or two while in Kolkata. Then one morning, during our serving team devotional period, we were asked if there were any situations back home that were distracting us from being able to ‘be in the moment’ and serving. As I shared my news, the words “I really want to take it” came out of my mouth. It wasn’t until that moment I realized that I really did want to take the package. So, in my mind, the wrestling was over. The only question now was; what do I do next?

I did wonder for a little while, but while talking to a team member I realized that God has always given me what I needed to know, when I needed to know it. Because of that, for the next day or so, I didn’t give it much thought. I just concentrated on what we were busy doing while in Kolkata. On Monday morning (Oct 12th, 2015),

I woke from a good night rest with ‘the idea’. 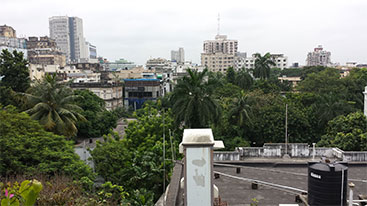 It was an idea I was given years ago, but never acted upon it. As far as I know, there is no other organization doing this, which causes me to wonder about the feasibility of it.
To create an agency that would be able to service and help small nonprofit organizations with their marketing and promotional materials.
That morning I decided to fast (for a couple of reasons, and this being one of them) for the rest of the day so that I might have clarity and better communication with God on this idea. As the day carried on, thoughts, reasons and possible problems concerning the structure of the design agency would come to mind. And as soon as I had a question, an answer was there. I took notes on my phone throughout the day, and by the end of the day I had a rough draft of the vision statement, mission statement, resources, plans for growth and a fuller view of the idea, which was becoming a vision.

The next day we visited an organization (Freeset) that operated as a for profit maker of shirts, bags, backpacks and more. They positioned themselves on the edge of one of the worst Red Light districts in the city in order to help give the people in the area a way out of, or an alternative from the brothels. Then they talked about the other part of their organization that I thought was very moving. They had started a foundation that could take care of their employees if they were not able to make it in to work (usually because they had been abused by a relative or close member of the family). In this way they were able to both give them work (dignity) and help (compassion) when it was needed. I found their organization structure very inspiring. The rest of the day the vision continued to grow into a global vision.

The vision culminated on the evening of the third day,
while traveling across a waterway between a couple of the Sundarban Islands on the edge of the Bengal Sea. I was on the front of a small wooden boat, loaded with our team members, as its little engine putted us across the 10-15 minute journey to the other shore. The sun had just set and the glow of it still lit the sky in a bright pale blue. The approaching treelined shore was silhouetted in darkness as a towering three headed thundercloud dominated the horizon. The water was still, the breeze was refreshing, the soft blue glow of the fading sunset backlit the thundercloud and kept details of the scene I was experiencing well lit. I felt an overwhelming sense that God was showing me an illustration of the rest of my life: I am traveling to a land I don’t know, to experiences I have not imagined, as I am moving closer to Him, He has me covered. During those moments I was alone with Him. There were no thoughts of the other people on the boat, or anywhere else for that matter. I felt a blanket of peace and an air of excitement in my being as I thought about the vision He had given me. I was soaked in this visual representation He was showing me. As we approached the other shore, I slowly came out of the vision and became aware of the bustle of the team as they prepared to disembark, as well as those on the shore coming to greet the boat. My focus started to narrow as I watched the stone steps on the shore, leading out of the water, get closer. And as my focus became extremely narrow while I was stepping from the boat onto the steps (so that I wouldn’t slip), I felt the words
“And now, you work!”
go through my head. It was so strong and clear, I knew it was from God. And everything in my being responded with enthusiasm: Yes Sir!

Atlanta, Georgia
Leave us a review